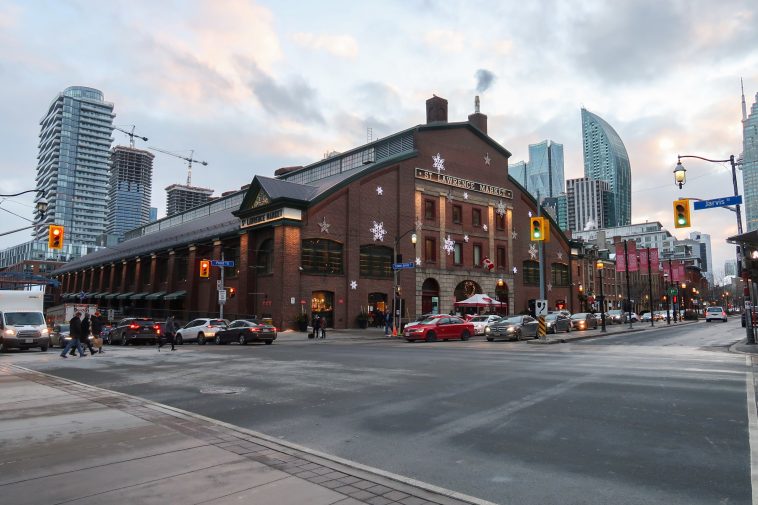 At the crossroads of Front Street East and Jarvis Street, St. Lawrence Market is found at the heart of Toronto’s downtown core, where it has served as an important social and economic hub for more than 200 years.

As the city’s oldest and largest market, it has a reputation that precedes it. Most Toronto residents know of it, and any visitors to the city are quickly made aware of it as a potential stop on their itinerary. However, it’s much more than just a landmark or tourist hotspot.

With a rich history as a pivotal centre of the community and as a modern one-stop-shop for some of the very finest foods and specialty items in the city, St. Lawrence Market has carved itself a place as an integral part of Toronto’s heritage and something to look to when explaining the things that make this city so amazing.

Taking the time to experience all it truly has to offer is a reward well earned. 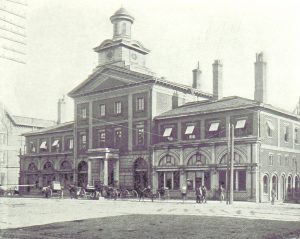 First established in 1803, St. Lawrence Market was originally combined with city hall, a testament to how integral it was for Toronto (then called York) in its early days. Permanent buildings dedicated solely to the market itself followed not long after and immediately became the centre for nearly all major events to occur in the city, including as the stage for more nefarious purposes such as a stage for public punishments.

As Toronto’s population and significance as a commercial centre in Canada continued to grow, so too did the necessity for a much more expansive market area. Throughout the latter half of the 1800s the market went through numerous transitions and expansions, including a rebuild after the 1849 Toronto fire caused severe damage to the previously wooden building.

The core foundation of St. Lawrence market’s current building was constructed in 1845, then used as Toronto’s city hall. When city hall was moved in 1899 the market took over the vacated building, where it currently remains. 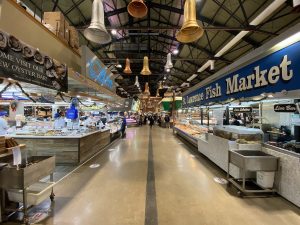 Today St. Lawrence Market embodies a microcosmic example of the city’s vast array of diversity, with a great majority of the city’s many cultures, ethnicities, and nationalities represented among the market stalls.

With More than 120 vendors, there are few items one would be unable to find, likely coming across things you’ve never even heard of before your visit. For those visiting for the very first time, in fact, it’s incredibly easy to completely lose oneself and all sense of time walking among the labyrinth of stalls and their many sights, sounds, and smells.

If you’re not already convinced, check out the full catalog of the market’s vendors and the types of goods they offer here on their official site!

While St. Lawrence is always a lively spot in the city, every Saturday it becomes a true bustling hive of activity with crowds of people pouring in. This is largely due to the North building’s Farmers’ Market hosted once a week from 5am to 3pm.

In addition to the already fantastic selection offered by the usual market, the farmers’ market offers patrons the chance to scoop up the very freshest produce that local farmers from all around southern Ontario bring into the city to sell. It can certainly be a hectic occasion sometimes, but if you truly want the full St. Lawrence market experience, Saturdays are no doubt the time to go!

So, if St. Lawrence has always been on your to do list or you’ve never experienced the Saturday farmers market in all its glory, it is certainly a sight you should check out. Go and experience a piece of Toronto history, celebrate our heritage, and enjoy some of what makes this city so special.

Tuesday to Friday – 9am to 7pm